Beer Can SUNDAY @ the MSC

Chat with other Parrotheads about dis and dat.

I bet he has some stories???

He told us last week he has stories.

I bet he does but glad he's safely home!
Top

melon59 wrote: ↑
January 24, 2021 11:26 am
Good Sunday after Wedding Saturday. We stayed overnight at the inn where the wedding was. Met the newly married couple for breakfast at a local diner and now we're home with the grandkids sitting in front of a fire while the kids watch classic Looney Toons on dvd.
Threw meatballs and sauce in the crockpot for an easy dinner tonight and I think I might need a nap!
The wedding went off without a hitch and all of my daughter's were beautiful, but the bride was simply stunning! (Although I may be biased) The zoom hook up worked very well for those who couldn't attend in person. I wish I was savvy enough to post pictures.

sistergoldenhair wrote: ↑
January 24, 2021 9:38 am
Good Morning All!
We are having fog from the gulf over here in Sarasota as well. I am hoping that it is due to warmer air moving in! We will be painting our bedroom today. Hope you all have a peaceful Sunday.

I'm hoping so too!
Top

Bicycle Bill wrote: ↑
January 24, 2021 12:01 pm
Snow overnight up here in Wisconsin, and temps in the mid-20s.  Should be good news for the Packers when they kick it off to the warm-weather Buccaneers over at Lambeau Field later today.

Will probably create one or two empty (root) beer cans myself during the course of the game.....

There will be a lot of talk about this one, and a lot of people are going to blame the refs.

But maybe it's time to hold the head coach responsible.  Green Bay was down 8 points and had 4th and and goal from the eight yard line with two minutes and change on the clock.  However, instead of going for it and trying to tie up the game with a 2-point conversion, he took the ball away from Aaron Rodgers and chose instead to kick a field goal, putting them 5 points down (a one-TD game, to be sure), but putting the ball back into the hands of Tom Brady with barely two minutes left.  Now I grant you that Green Bay had already tried (and failed) on one two-point conversion, but even if they had scored the TD and again failed on the two-point try, they would have been only two points down and a Green Bay field goal (assuming they could hold the Bucs to a three-and-out) could still have been a game-winner.

So what happened?  Brady did what he's done before — controlled the ball and the clock and, with the aid of a defensive pass interference call that even the guy standing in line at the concession stand could see was legit, takes the Buccaneers to Super Bowl LV.

Now, about the refs.  Yes, they did let a defensive holding/pass interference call against Allen Lazard go toward the end of the first half (which resulted in an interception and a touchdown for Tampa Bay as the half ended), 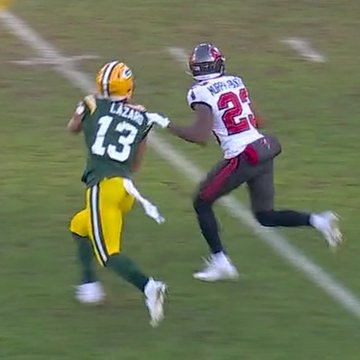 but in light of the "let 'em play" attitude they had displayed up to that point (and even throughout most of the second half) one could almost overlook that one.  But all of a sudden that laissez-faire attitude went out the window with the holding penalty that WAS called within the final minutes of the game (and make no mistake about it; it was definitely a classic, textbook example of grabbing the jersey and hanging on), 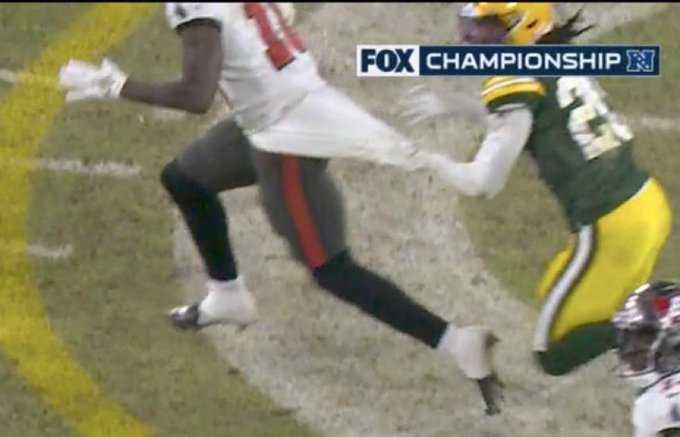 and that call sealed the Packers' fate.

Now, if maybe it hadn't been QUITE so flagrant, Kevin King would have gotten away with it too... but I guess we'll never know.

I'll have to agree with Zac on this one.

KC is going to the Super Bowl! I don't have a dog in this fight but Patrick Mahomes did play for Texas Tech University. So, of course we are rooting for KC.

springparrot wrote: ↑
January 24, 2021 10:24 pm
KC is going to the Super Bowl! I don't have a dog in this fight but Patrick Mahomes did play for Texas Tech University. So, of course we are rooting for KC.

KC of KC and the Sunshine Band fame?

Sorry, couldn't resist
Always be yourself
Unless you can be Batman
Then always be Batman
Top

springparrot wrote: ↑
January 24, 2021 10:24 pm
KC is going to the Super Bowl! I don't have a dog in this fight but Patrick Mahomes did play for Texas Tech University.

I don't have a horse in this race*, but I'm glad to see a Big 12 player like Patrick enjoy some success.

*With only 19 thoroughbreds, a lot of races take place without one of my horses.